This pretty 6-Layer Vanilla Bean Birthday Cake is a real vanilla bean bomb! Loaded with 3 whole vanilla beans. Yep, that’s right. And that is what makes it so great, pure natural vanilla flavor through and through. I used my favorite white cake recipe (it’s easy, tastes amazing and works great every time) in combination with a classic Swiss meringue buttercream, both packed with vanilla seeds. The end result is the prettiest and most scrumptious vanilla bean birthday cake! 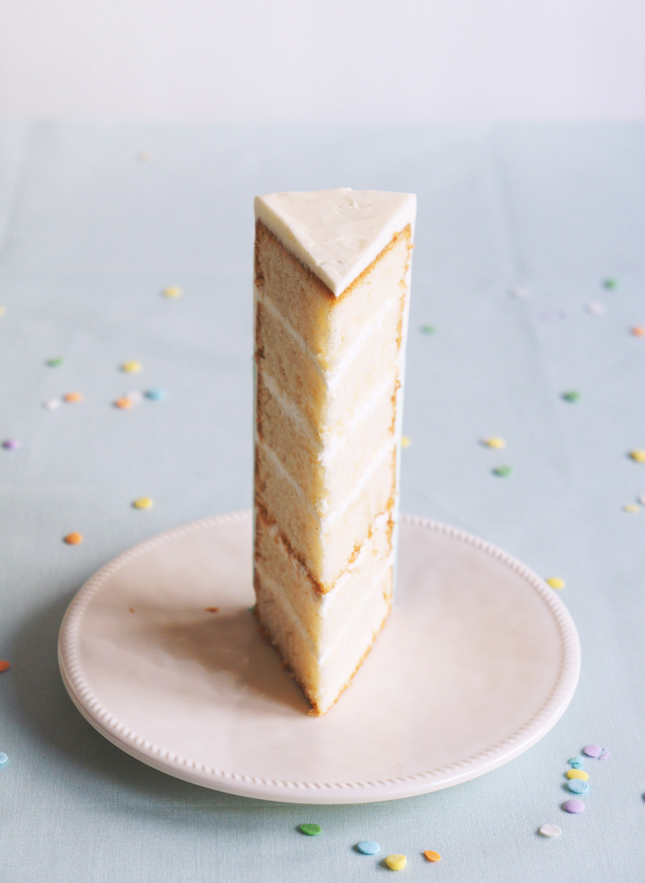 The ombre frosting is actually really easy, even if you’ve never done it before. All you need is 3 different colors of buttercream… well, more on that you can read in the recipe.

I’ve been wanting to make a tutorial on how to make these cute bear toppers but instead I strongly recommend this tutorial by Cake Journal. It’s free, easy to understand and the teddy bear is just the cutest one ever. Give it a try!